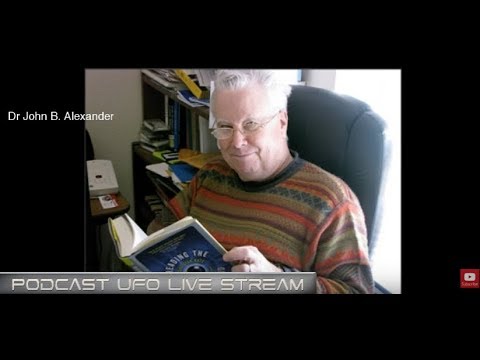 Guest, John Alexander discusses his thoughts on the Pentagon’s secret UFO search as well as his latest book, Reality Denied, where he tells firsthand things that can’t happen, – but did. . https://podcastufo.com/

Bio: Dr. John Alexander has been a leading advocate for the development of non-lethal weapons since he created renewed interest in the field starting in 1989. In 2003 he served as a mentor to Afghan Ministry of Defense senior officials through the Office of Military Cooperation – Afghanistan, (Coalition Forces) Kabul. He has traveled to ALL of the continents on Earth. He trekked the remote areas of Tibet including the Mount Everest Base Camp, went to Timbuktu in the Sahel in West Africa, tracked gorillas in Rwanda, met shamans in the Amazon, Mongolia and voodoo witch doctors in Togo and Benin, traveled across cartel controlled areas of Central America, visited ancient temples in Burma, Laos, Thailand, and Cambodia. In New Guinea he witnessed the emergence of stone-aged tribes people who still practice cannibalism on occasion and in 2014 was swimming in the open ocean with humpback whales in the Kingdom of Tonga. In 2015 we attended Kumbe Mela in Nashik India, visited Bali and Borobudur in Indonesia and was diving on the Great Barrier Reef off Australia. In 2016 a highlight was diving with Great White Sharks off Isle de Guadalupe, Mexico. More: http://www.johnbalexander.com/biography