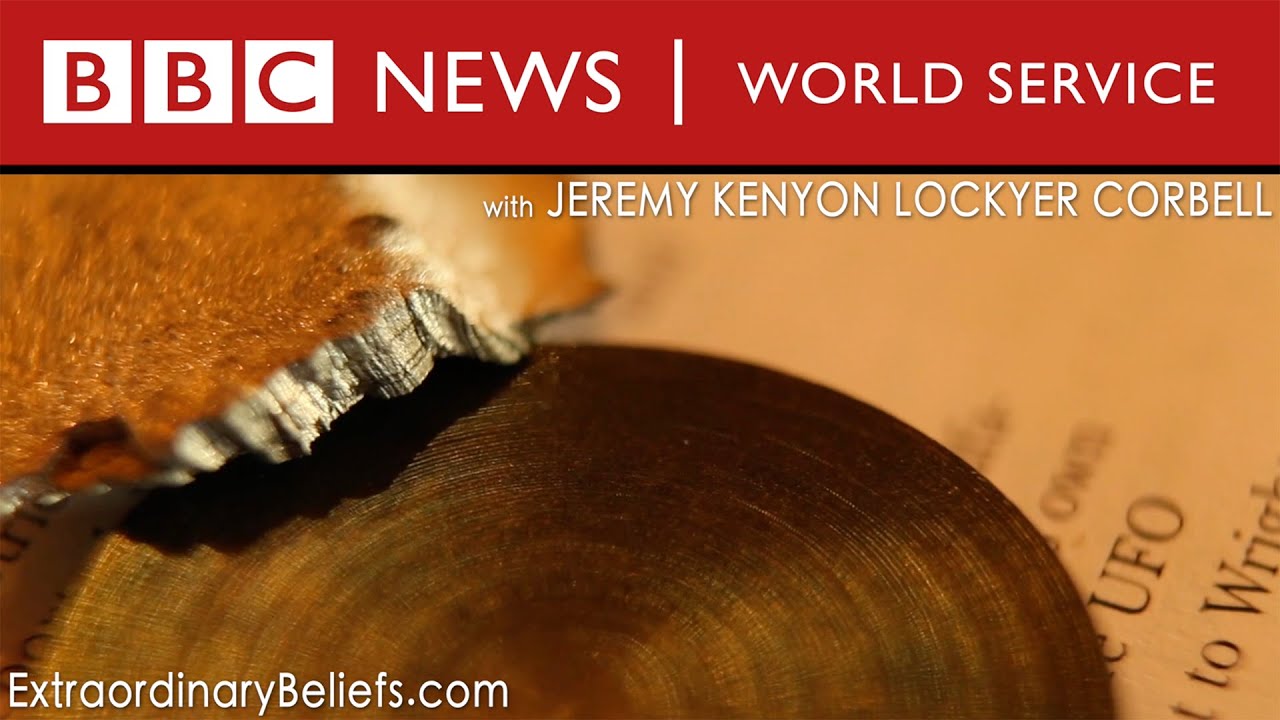 Filmmaker Jeremy Corbell joined BBC NEWS for a second broadcast on the current UFO situation and what our governments know about it. Corbell discuss the revelations from the recent New York Times publications, as well as the continued efforts from world governments to reverse engineer non-terrestrial spacecraft – not made on this Earth.

BBC NEWS / Stephen Nolan 0:37
That’s the pilots talking, as they’re tracking the object moving at high speed. The Pentagon said they released them [the UFO videos] to clear up any misconceptions after they were leaked years ago. Well now the investigative filmmaker Jeremy Corbell says, despite claims from the Pentagon that teams investigating Unidentified Flying Objects have been disbanded [that] those probes are actually still being carried out. Recent reports in the New York Times are making the same claims. They say the investigation has been renamed and moved to inside the United States Office of Naval Intelligence. It’s believed officials continue to study encounters between military pilots and UFOs. Jeremy Corbell, the documentary filmmaker and director of documentaries on Netflix and Hulu – with me tonight. Jeremy, good evening.

Jeremy Corbell 1:27
Good evening. Thanks for having me on.

BBC NEWS / Stephen Nolan 1:29
Well, it’s nice to talk to you. You’ve been aware of these reports for some time. So this is no surprise to you Jeremy.

Jeremy Corbell 1:38
Correct. My mentor in journalism, George Knapp – we have been reporting on these truths for many years. Global media picking up all this information now is really exciting and interesting. I’m glad the public is being informed.

BBC NEWS / Stephen Nolan 1:51
What do these videos show? What do they actually show Jeremy. Spell it out to me?

Jeremy Corbell 1:58
Right. So these are what the military has described as an unidentifides – unknowns. Anomalous Aerial Vehicles that outpace, outperform – and can shut down our most sophisticated weapons systems. That’s what these videos show. These are UFOs. And if people don’t understand that, they just haven’t been paying attention. We’re living in a different world now – since December of 2017. It’s a world where UFOs are acknowledged – that they’re indeed real – that it’s worthy of scientific exploration.

BBC NEWS / Stephen Nolan 2:38
And there obviously could be Jeremy, different countries developing technology far faster than our understanding of what’s possible.

Jeremy Corbell 2:52
Let me shut you down right there. That is something that is said by numerous people. That is actually one of the fears of The United States military as well as your military – that there was some sort of technological leapfrog by another nation – a hostile nation. However, that is absolutely patently false. And we know it. These vehicles have been displaying themselves since the beginning of recorded human history or certainly, since any developed technological nation or military. Our optics systems, our ability to track these on radar – actually to engage them – like Commander David Fravor did on the west coast of California that was reported in the New York Times. So these are not technologies that were built here on Earth by humans. I know that’s a big statement to make. But the New York Times reported on this very recently, and I quote… “off-world vehicles not made on Earth”. Our Department of Defense was briefed on this situation – they’re aware of it. We now know there are two active UFO study programs within the United States military and your government as well. So the idea that these are some other nation that has somehow leapfrogged technologically, anything human beings have ever created in any arsenal on planet Earth is patently false – because the evidence suggests so much.