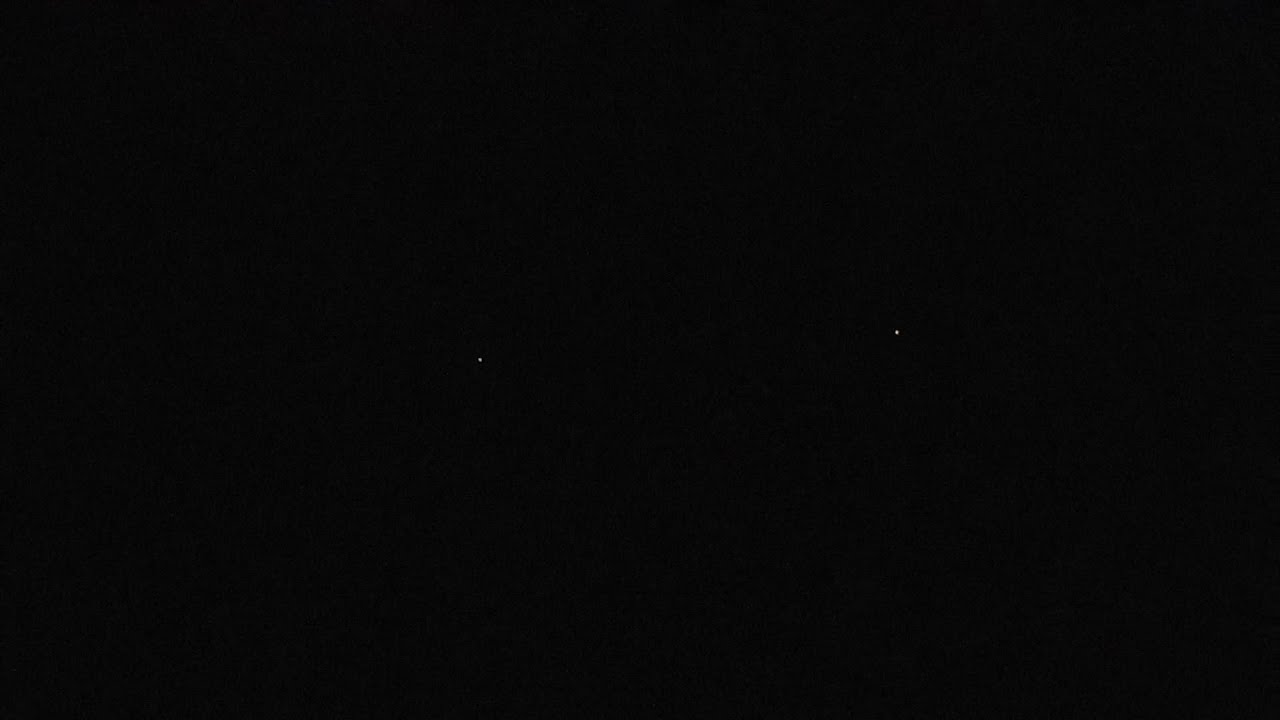 Unedited witness testimony: I was outside smoking when I noticed two lights coming above the tree line. The two craft traveled a straight and level flight path from NW to SE. They appeared to be a spinning gem shape, with no sound. Both were spinning in unison, and appeared to be flying in formation. Recon definitely came to mind. They were not traveling at an unusual speed, or make any abnormal manuvers, they did, however, disappear shortly after passing my position as I faced south. I have been an aircraft mechanic for over 30 years, including 4 years in the USAF at Edwards AFB. These were absolutely not aircraft that I know of, and unlike any of the unusual things I saw at Edwards. I live about a 15 minute drive from Wright Patterson AFB. In the short video I managed to get on my phone, I tried zooming in and out a little to maintain focus, I didnt have my reading glasses on. You will note towards the end, as tree branches become visible, the lead craft disappears, the second one travels a little further, then disappears as well. One thing I noted, was the spinning in unison. I do not have the means to enhance video, and would love to see what you can bring out in the video.

The Witness Media Release to show this video is on file with the Mutual UFO Network (MUFON).