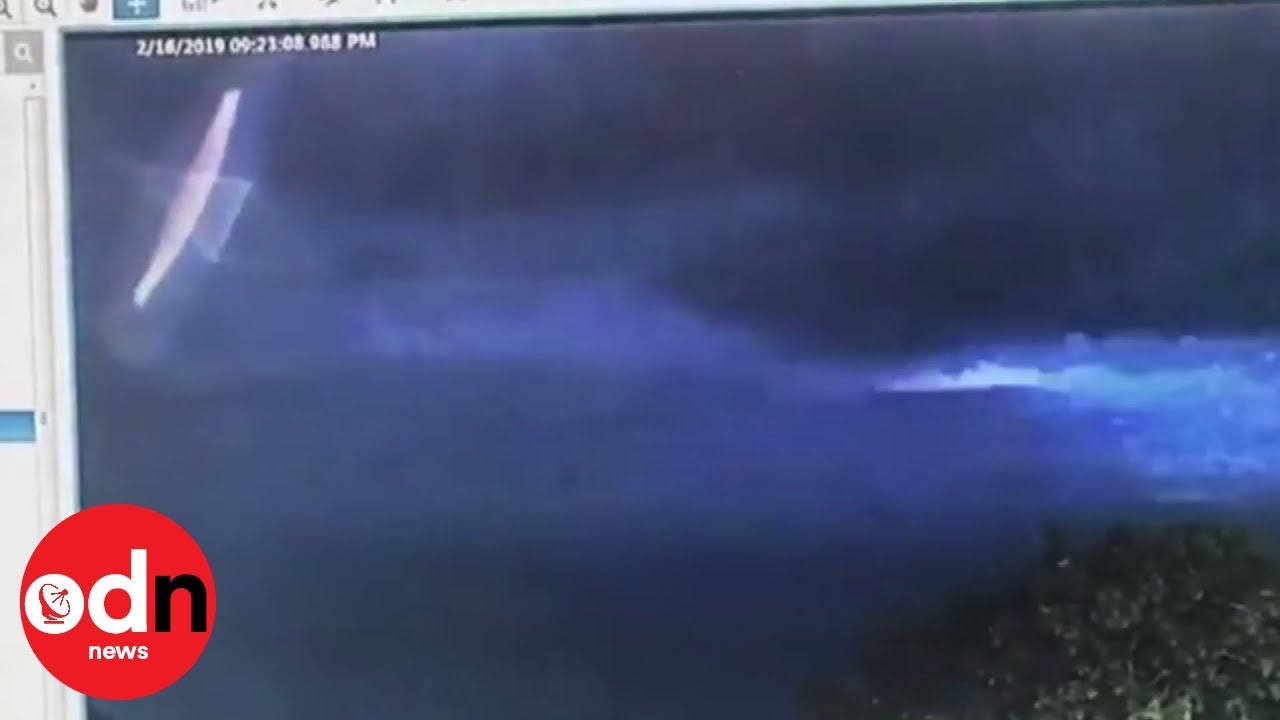 CCTV footage of what appears to be a floating UFO was spotted by police officers in the resort town of Broome, Western Australia, over the weekend. The video the CCTV footage was filmed during a powerful thunderstorm that hit the city.

While some Twitter users were convinced that this was proof of alien life, others suggested it was just a lens flare from the headlights of the car seen in the bottom right corner of the screen. Report by Louee Dessent-Jackson.