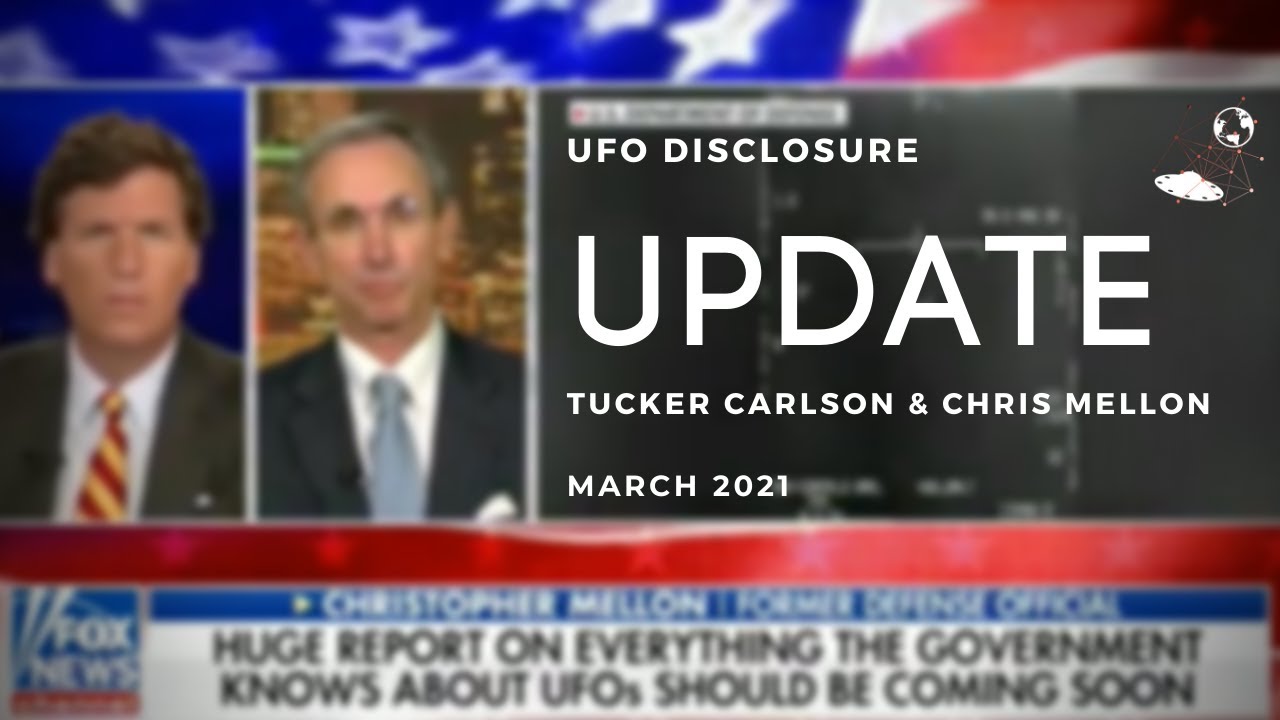 HUGE REPORT ON EVERYTHING THE GOVERNMENT KNOWS ABOUT UFOs SHOULD BE COMING SOON (JUNE, 2021) 🗓

Discernment is crucial for all updates and developments regarding Unidentified Aerial Phenomenon. Only a vigilant, informed and critically thinking society can be prepared for false narratives that may be portrayed through MSM (Main Stream Media) outlets – which continue to perpetuate a “False Threat” to National Security and our Sovereignty.

Contact Tour’s assessment of ETVs (Extraterrestrial Vehicles) directly intercepting and deactivating nuclear weapon systems is to prevent Humanity from potentially destroying other off-world civilizations and the Earth’s biosphere. As the National Security State and Intelligence Community view these incursions as an invasive threat. One set of facts, to separate narratives, which are diametrically opposed.

Tucker Carlson conducts an interview with Christopher Mellon, former Deputy Assistant Secretary of Defense for Intelligence in the Clinton and the Bush administrations and later for Security and Information Operations. He formerly served as the Staff Director of the United States Senate Select Committee on Intelligence.

Chris Mellon : “I think it (the report) could be profound and transformative, as the former DNI (Direct of National Intelligence) John Ratcliffe suggested – 1970 when (project) Bluebook concluded, they told the American people we don’t see the evidence of a technological breakthroughs, beyond anything we can do ourselves, we don’t see any evidence of a threat to national security – I don’t think they can honestly say, either of those things in this case, and as people begin to digest that they’re (Government) is going to address this at an unclassified level, and that will be a public statement, I think that is going to raise a lot of questions and send some shockwaves..”

The Mellon family is a wealthy and influential American family from Pittsburgh, Pennsylvania. The family includes Andrew Mellon, one of the longest-serving U.S. Treasury Secretaries, along with prominent members in the judicial, banking, financial, business, and political professions, as well as a famous recluse, Cordelia Scaife May, who funded multiple anti-immigration organizations.

The Mellon family is a wealthy and influential American family from Pittsburgh, Pennsylvania. The family includes prominent members in the judicial, banking, financial, business, and political professions, as well as a famous recluse, Cordelia Scaife May, who funded multiple anti-immigration organizations.