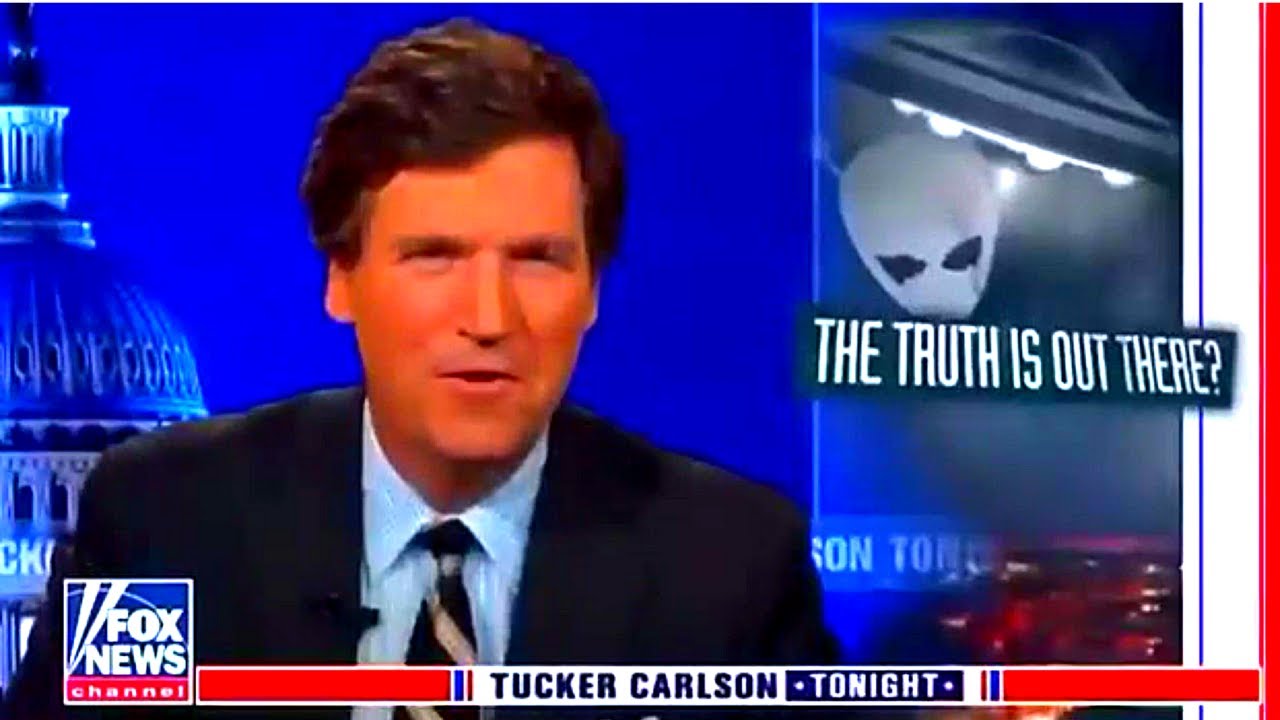 Tucker Carlson: It’s ‘Outrageous’ the Government Is Still Hiding Evidence of UFOs (Video)
Tucker expressed disgust at people who care more about the fly that landed on Mike Pence’s head than they care about a UFO documentary

As he often does, Tucker Carlson took a break from talking politics for a few minutes at the very end of his Fox News show on Friday night — to talk about aliens and UFOs.

The last time Tucker talked about aliens on his show was mid-September, when we got the the news that there is very likely some form of life on Venus. This time, the topic was prompted by the release of an obscure new documentary called “The Phenomenon” — which claims to be, according to the product description on Vudu, “the most credible examination of the global mystery and cover-up involving UFOs.”

The doc, which was put up for sale and rental on streaming services this past Tuesday, features former Sen. Harry Reid talking about how the government is still keeping most of the evidence of UFOs under wraps. It’s also narrated by “Sphere” star Peter Coyote.
“If this wasn’t an election year we’d be doing a full hour of this, maybe a full week. It’s that important,” Tucker said of the release of the documentary, which currently has six reviews from critics listed on Rotten Tomatoes, and five user reviews.

“We used to be defensive on this topic, but there’s no reason to be. There is now an enormous amount of evidence, including physical evidence, that UFOs — whatever they are — are real,” Tucker went on. “Why don’t we know a lot more about this? Because the government has hidden that information from us, outrageously. But now some of that information has come into public view thanks to a new documentary called ‘The Phenomenon.’

“Tucker Carlson Tonight” then pulled up a clip from the film in which Reid says he thinks “it’s very, very bad for a country” that the government won’t tell us about the UFOs. And that “most” of the physical evidence for UFOs has remained locked away.

“It’s outrageous,” Tucker said after the clip. “And it’s not a partisan question, by the way. That of course was former Senate Majority Leader Harry Reid of Nevada, a Democrat if there ever was one. But that’s not even the biggest claim he makes. According to the film, Reid said that UFOs have actually and repeatedly interfered with our nuclear weapons capabilities.

“So where are these UFOs from? Some researchers told the filmmakers that their origins are becoming clearer.”

Then we get another clip, in which Coyote narrates: “Dr. Jacque Vallee has collected purported metal debris from UFO cases dating as far back as 1947 that experts are analyzing in a state-of-the-art laboratory. He was astonished to find their composition was unlike any known metal.”

About A Stranger World than Fiction

View all posts by A Stranger World than Fiction →