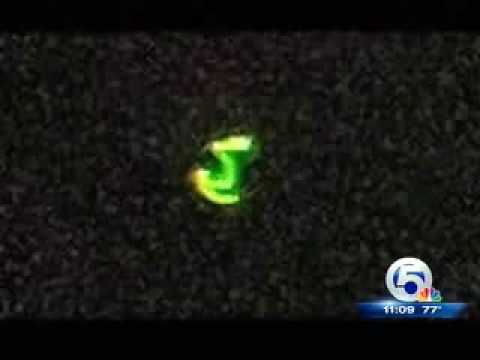 BOCA RATON, FL–Residents in a Boca Raton neighborhood say they looked up Monday night around 9 pm and saw a mysterious green light.
Ryan Helfrich says, “this thing was going crazy zig zagging, like shot across the sky. That was unbelievable! Like nothing I’ve ever seen before.”

They claim it drew images in the sky for two and a half hours.

Eric Vandernoot, an astronomer at Florida Atlantic University, says it wasn’t the space station, but it was definitely not a UFO either. “I think it’s something here of earth nothing extra terrestrial.”

He has a few theories on what it could really be.

He claims it looks similar to debris falling from a satellite, but that wouldn’t dart across the sky the way the witnesses described.

Vandernoot explains, this could just be a hoax.

He says someone could have been flashing a green laser onto a balloon or something else floating in the sky.

But the teens say, what they saw was real.

They feel there’s no way a laser could have done the things they witnessed.

According to Helrich , “there’s no way this is a hoax. I know it looks like a hoax cause it’s just kids, but it’s not a hoax.”

But Helfrich says he has enough proof and sense of humor to stick with his story that a UFO did visit South Florida.

He says, “maybe it was just looking for a good place to retire. I don’t know…it’s Boca.”

It’s not just kids who saw this, Boca Raton police say one of their officers also saw that green glow and called his supervisor to report it. July 6, 2008.