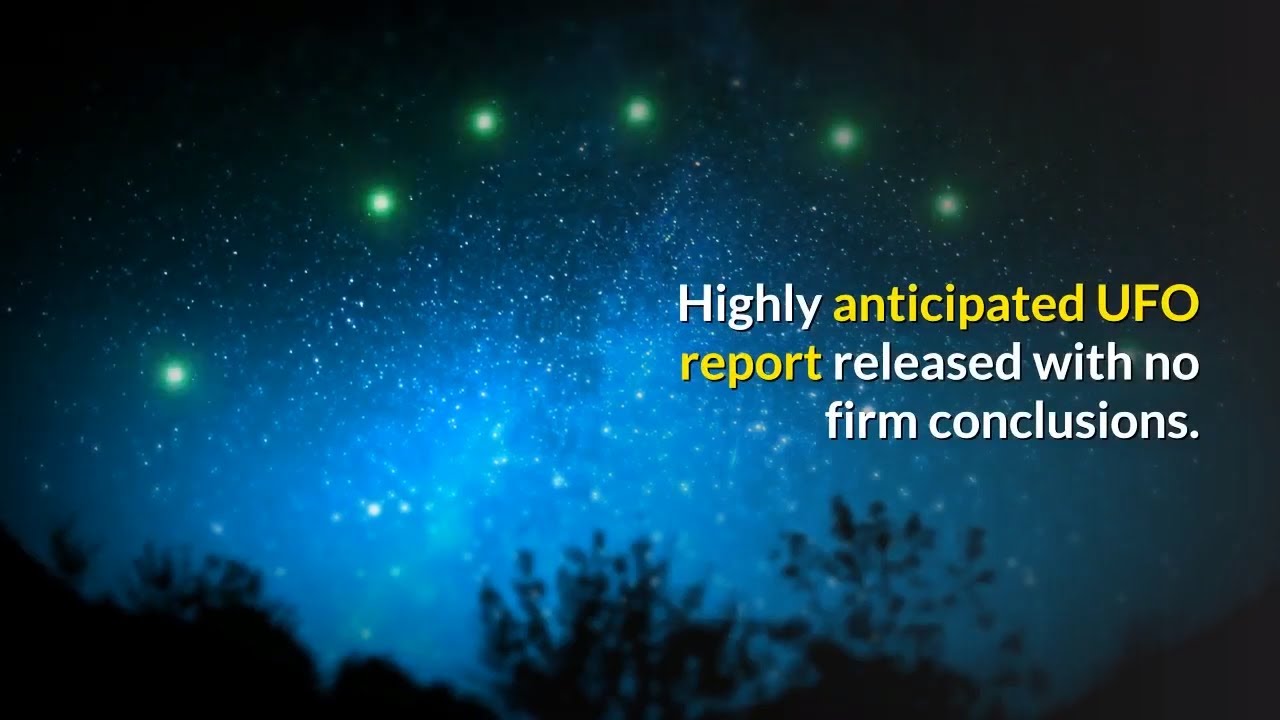 The office of the U.S. Director of National Intelligence on Friday made public a highly anticipated report examining “unidentified aerial phenomena,” telling Congress that it could not draw “firm conclusions.”

“In a limited number of incidents, UAP reportedly appeared to exhibit unusual flight characteristics. These observations could be the result of sensor errors, spoofing, or observer misperception and require additional rigorous analysis,” the report reads.

The report concluded that a “unique, tailored reporting process” should be implemented to better be able to assess unidentified aerial phenomena.

“This report is an important first step in cataloging these incidents, but it is just a first step. The Defense Department and Intelligence Community have a lot of work to do before we can actually understand whether these aerial threats present a serious national security concern,” said Sen. Marco Rubio, R-Fla., the ranking member and former chair of the Senate Intelligence Committee, in a statement.

“We should approach these questions without preconceptions to encourage a thorough, systematized analysis of the potential national security and flight safety risks posed by unidentified aerial phenomena, whether they are the result of a foreign adversary, atmospheric or other aerial phenomena, space debris, or something else entirely,” said Rep. Adam Schiff, D-Calif., chairman of the House Intelligence Committee.

Sightings of objects in American skies with no explanation have been the subject of public fascination for some time, and the report was expected to add more details to reported incidents and sightings. Video declassified by the Pentagon years ago showed high-speed objects with no clear propulsion outpacing Navy pilots’ jets. Since 2007, the Pentagon has been tracking UFOs.

“Is it some sort of new type of cruise missile technology that China has developed? Is it some sort of high-altitude balloon that’s conducting reconnaissance? Ultimately when you have exhausted all those what-ifs and you’re still left with the fact that this is in our airspace and it’s real, that’s when it becomes compelling, and that’s when it becomes problematic,” Luis Elizondo, former director of the defense department’s Advanced Aerospace Threat Identification Program, told “60 Minutes” earlier this year about unidentified flying objects.

Explanations of sightings of aerial phenomena most often include potential weather incidents, routine natural events or otherwise identifiable cases, like weather balloons or misfires in sensor systems and cameras.

The ODNI report concluded that the phenomena could most likely be resolved in one of five categories: airborne clutter, natural atmospheric phenomena, USG or U.S. industry developmental programs, foreign adversary systems, and a catchall “other” bin.

The report comes after lawmakers included an order for it in the December omnibus spending and coronavirus relief package. Lawmakers hope the report will expand on UFO sightings not explained by these cases.

Officials have said they do not believe unidentified flying objects are a sign of alien life; rather, they are more concerned about foreign technology that could pose a national security threat.

“Today’s rather inconclusive report only marks the beginning of efforts to understand and illuminate what is causing these risks to aviation in many areas around the country and the world,” said Sen. Mark Warner, D-Va., chairman of the Senate Select Committee on Intelligence.
————
Copyright Disclaimer under section 107 of the Copyright Act of 1976, allowance is made for “fair use” for purposes such as criticism, comment, news reporting, teaching, scholarship, education and research. Fair use is a use permitted by copyright statute that might otherwise be infringing.”

If you have any issues please contact me directly at email on my about page.

“All the videos, songs, images, and graphics used in the video belong to their respective owners and I or this channel does not claim any right over them.
—————