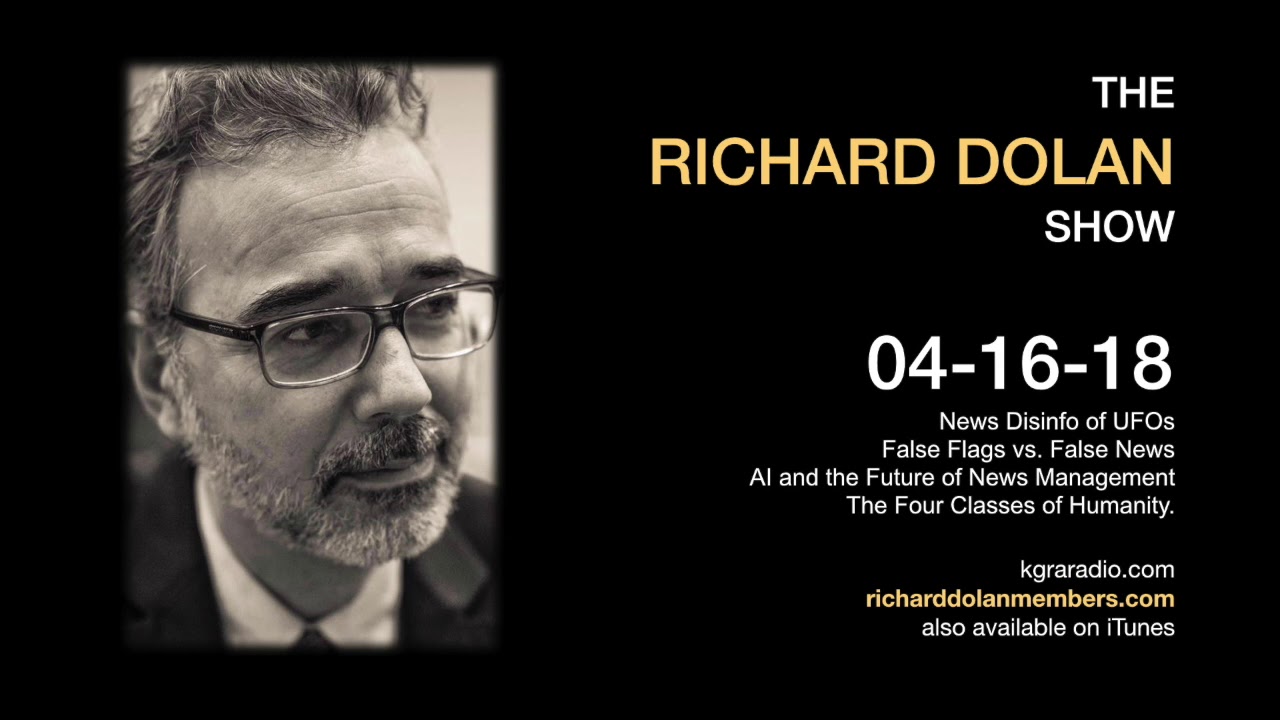 This episode of the Richard Dolan Show aired on KGRA radio April 16, 2018. Segment one discusses the inherent shiftyness of the establishment news media in how it has covered the UFO subject since matters broke open somewhat in December 2017. Less like “Disclosure,” and more like damage control. The rest of the program moves more deliberately into the concept of fake news and what it exactly is. Is it untrustworthy material from the so-called alternative media, or is it the spin and control that emanates from the established media sources themselves? Matters are surely confusing today but look on the bright side: as bad as things are now, it can always get worse. The future promises management of news and information from intelligent bots. What could possibly go wrong with that? No one knows truly where this will all lead, but it may well entrench, at least for some time, the four-class system of humanity that currently exists.

Stop in at the Official Richard Dolan Store for autographed items, unique limited supply, and items not available anywhere else. http://bit.ly/DolanShop

Richard Dolan is one of the world’s leading researchers and writers on the subject of UFOs and believes that they constitute the greatest mystery of our time. He is the author of two volumes of history, UFOs and the National Security State, both ground-breaking works which together provide the most factually complete and accessible narrative of the UFO subject available anywhere. He also co-authored a speculative book about the future, A.D. After Disclosure, the first-ever analysis not only of how UFO secrecy might end but of the all-important question: what happens next?

For the home of exclusive content from author, historian, and radio host Richard Dolan. Join his member site here: http://richarddolanmembers.com/

Sign up for the free newsletter and stay up to date on appearances and broadcasts: https://richarddolanmembers.com/newsl…

Richard has dedicated the last two decades to uncovering the truth about UFOs and, more recently, the dark covert operations known as false flags

Check out books by Richard Dolan at https://www.richarddolanpress.com/

20 Comments on “Richard Dolan on UFOs, False Flags, Fake News, and the Future of Free Speech”