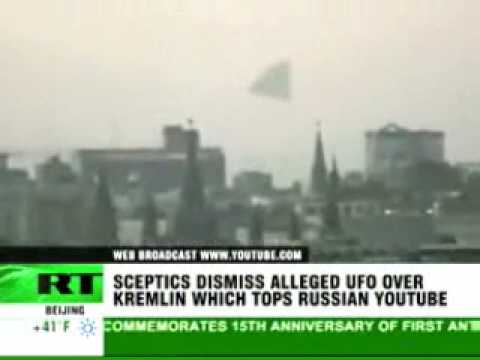 Witness Report.
A UFO has circled the Kremlin well, that’s if you believe a short clip which has soared to the top of YouTube as Russias most viewed videos.

The film, apparently shot from a passing car, has become a sensation.

Another YouTube clip shot in daytime shows a grey object in the sky near Red Square.

However, skeptics say that if the images were for real, the public would have reported the sightings to police who have made no comment on the issue.