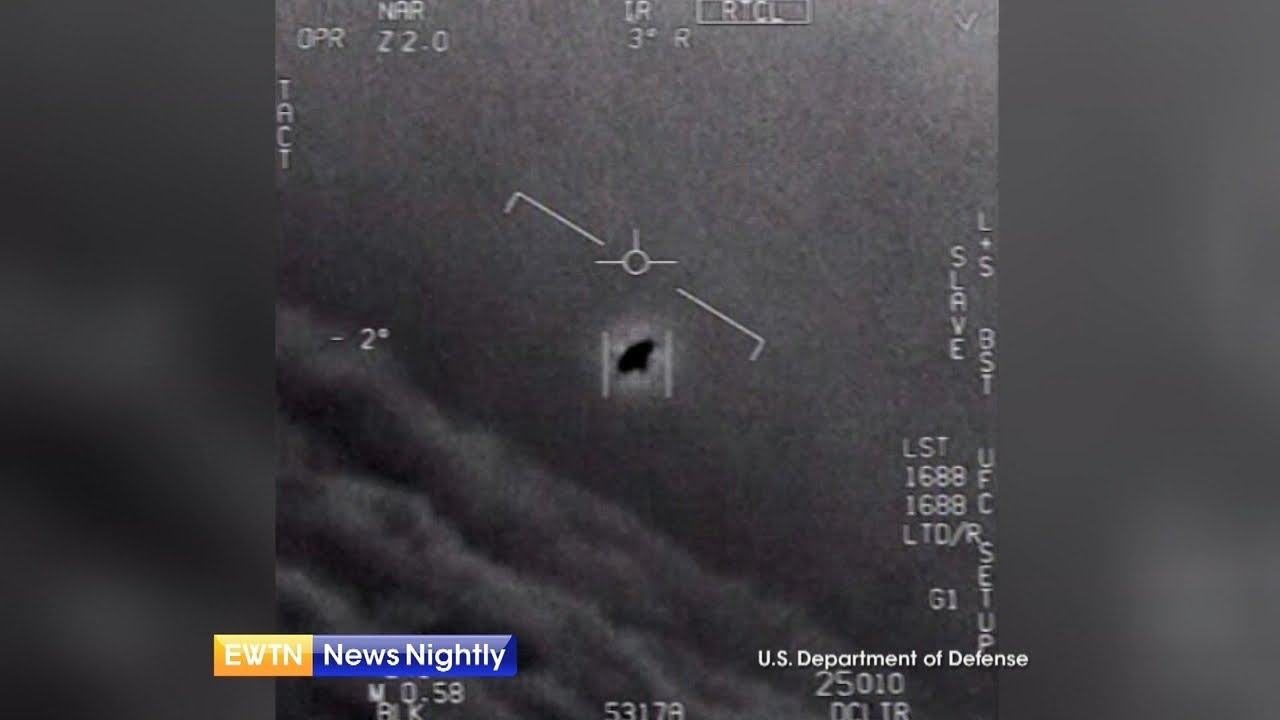 The US government is analyzing reports of unidentified flying objects. The Pentagon is reviewing data collected in recent years. At this point, no definitive explanation has been given, but it begs the question, are we alone in the universe and what does our faith tell us? US military or intelligence reports have come in, with visual backup, of objects flying in US airspace at seemingly inexplicable speeds or trajectories. Luis Elizondo, the Former Head of the Pentagon’s Advanced Aerospace Threat Identification Program, says what we’re seeing are real objects spotted by military pilots. Back in December, lawmakers gave defense and intelligence officials a June deadline to provide an unclassified report, revealing the government’s knowledge of unidentified aerial phenomena, otherwise known as UFOs. Jonathan Lunine is the Chair of the Department of Astronomy at Cornell University and the Vice President of the Society of Catholic Scientists. He is urging caution before making out-of-this-world assumptions. Lunine says, “As a scientist I would caution everyone not to go to the most extraordinary explanation, which you know is a tendency people have because we like excitement in our lives.” While answers are sought to those big, universal questions, Lunine says we can’t rely on science alone. Correspondent, Mark Irons reports.

Don’t miss out on the latest news and analysis from a Catholic perspective.
Get EWTN News Nightly delivered to your email: https://ewtn.com/enn