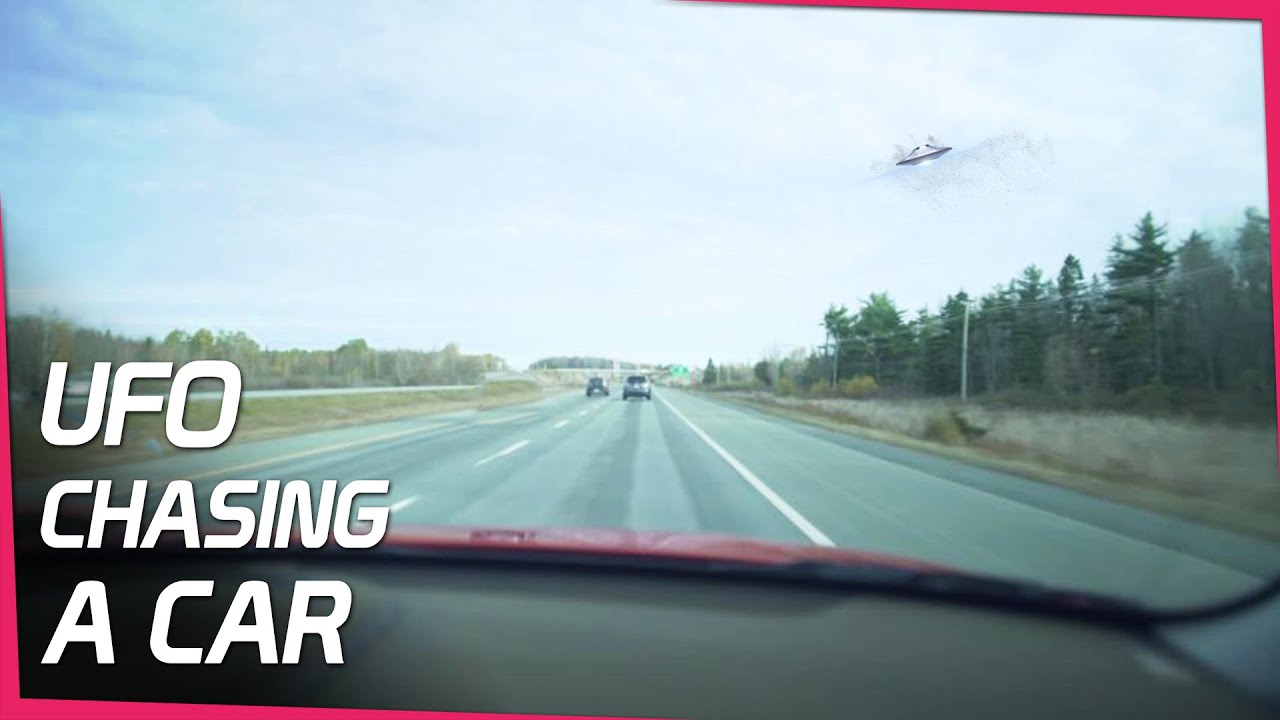 The Family was driving the US city of Keokuk, Iowa when they caught sight of a presence hanging in the air. They noticed in the sky because it was a huge bright star and they thought it was odd, that there was a bright star during daytime.

It wasn’t moving for a few minutes, but they started filming when it began moving across the sky. They thought if it could be a drone or a plane, but they were not sure.

Jay – who lives in Hamilton, Illinois – is still uncertain about exactly what they all saw in the sky. However, we think it wasn’t a plane. It was a few hundred yards in the sky and too low for a large plane. It was a big light like in Triangle and it was shifting from one place to another in the video, So It cannot be a Drone, or Plane or Jet or Balloons or Mirage. It may be a UFO or we can’t explain what it is for sure? We leave it to your Imagination

After the footage was shared online, several locals said that they’d had similar encounters. Mr Mitchell, a quality engineer by profession, is keeping an open mind about what his family witnessed. He has never encountered anything like this before. As for intelligent life outside of earth, I think that it should be common sense that we can’t be the only ones. And yes, I think they have visited regularly.

So what do you think? Is this UFO or a Drone or You cant Explain what it is? 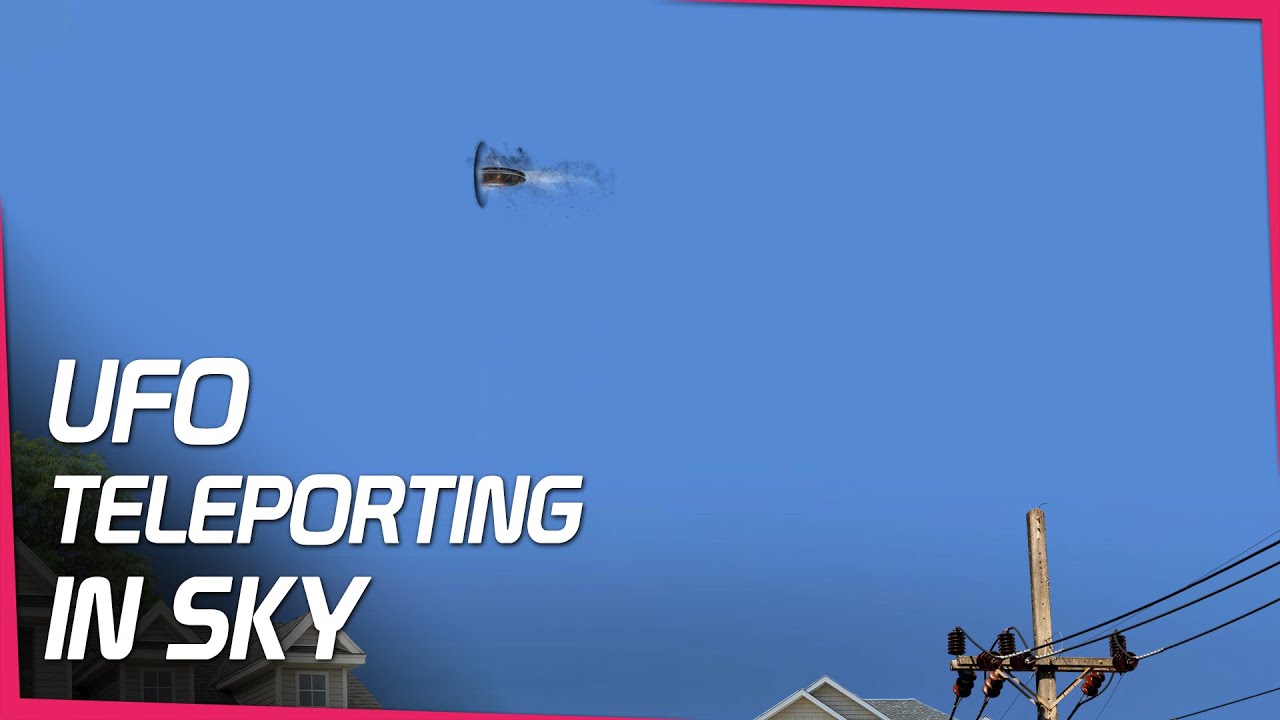 Vince Mandara one who saw the UFO was able to film the UFO on his phone camera and subsequently share it on social media. He says this all happened on Wednesday around 2:30 in the afternoon When he was filming it and then all of the sudden it’s just gone.

The video was shot in a clear sky day, there was nothing in the sky except the UFO and the UFO was moving so fast. Afterwards, Mandara went home and started slowing down the speed of the video.

And he found a dot kind of thing appears out of nowhere underneath the other one and just shoot to the right.

Jaiya Figueras, the creator of the @TicTacUFO Instagram page, saw Mandara’s video, slowed it down, and applied a few filters and he says the energy surrounding that the object has anti-gravity. He says, the filtered video of a UFO that’s been slowed down more than 500 times from its original speed. No matter how slow he makes, he can’t catch the object in motion. And he thinks, UFO is teleporting because no matter what he does to slow it down, he couldn’t slow it.

We think it may be a UFO or Military Experimental Aircraft, but we don’t think it’s teleporting or any energy around it. It’s just Video editing Filters, it isn’t any radar-equipped video, you can put any filters to any video like this and you may see the same or different kinds of things around any object, it doesn’t mean there is something around it. This is our thought.

Even FOX26News/KMPH reached to 144th Fighter Wing in Fresno about any possible sightings or interruptions on Wednesday. It seems airmen were doing training exercises that day and had no reports of any air space violations.

So what do you think? Is it really a UFO, Which was teleporting or Just an Experimental Military Aircraft? 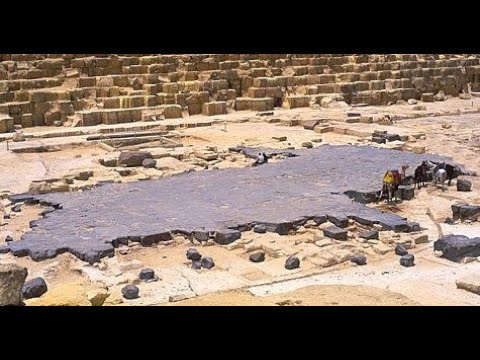 A long causeway ran from Khufu’s valley temple up to the black basalt threshold at the pyramid temple entrance. Here a double door would swing open to a court with sunlight blazing down on a burnished floor of black basalt slabs. Rising high up behind the temple, the polished white casing of the Great Pyramid glistened. If the causeway had been roofed and poorly lit, the effect on entering the open court would have been startling, dazzling, blinding—a gigantic special-effect wrought in stone.
Source video https://youtu.be/sBoiTYn5-Ys 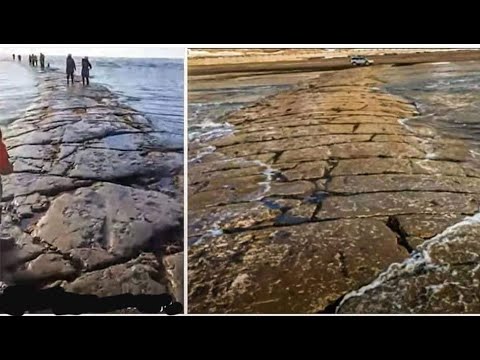 A few days ago, after an unusually strong tide, a huge stone road surfaced from beneath the waters of the Pacific Ocean.
Is it man made? If yes, who would have been capable of moving such huge blocks of rock… And for what purpose? such Or just Mother Nature? These questions must be answered by specialists in geology.
Source: https://strangesounds.org/
Video source: https://youtu.be/p–yULtmxSI 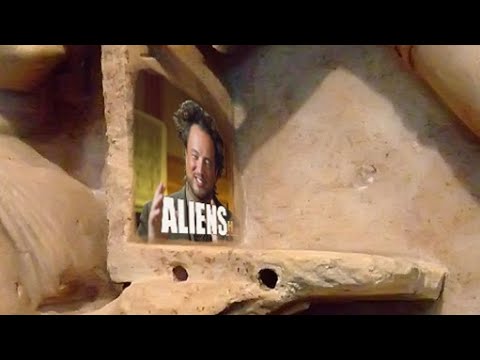 The marvel carving entitled “Grave Naiskos of an Enthroned Woman with an Attendant” is currently on display at the J. Paul Getty Museum in California. It immortalizes the moment when a young girl is offering a device that’s strongly resembling a laptop, to a woman reclining on an armchair.
Source video:https://youtu.be/JgrrvtI2gCY 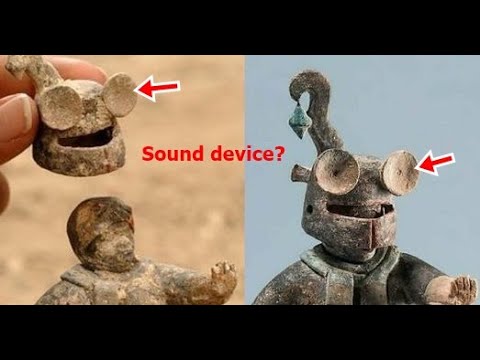 The helmet looks like it has a sound device above it, it can be a sonic weapon or something to do with sound.
Video source: https://youtu.be/PEvL60hDVHI 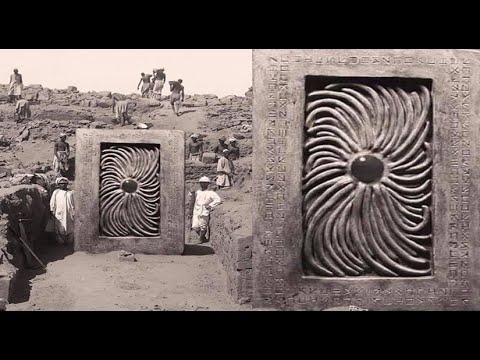 Ancient Portal unearthed in Samarkand by German archeologist in 1903
This artifact cannot be found today in any museum in the world, however it can be in a private collection 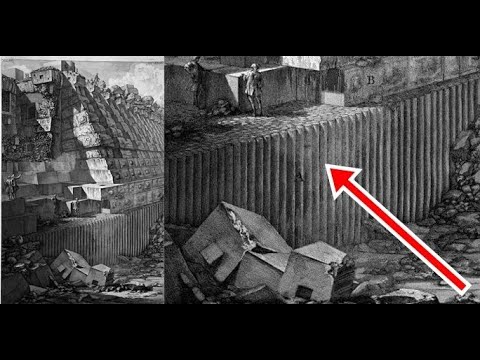 The article I found this drawing from said that the building is still standing but from the photos it looked nothing like this! Perhaps they buried the evidence but this drawing still remains. Anybody with more information, please do share in comments.
Source: Giovanni Battista Piranesi, Partie des fondations du théâtre Marcellus , dans Le Antichita Romane IV, 1756 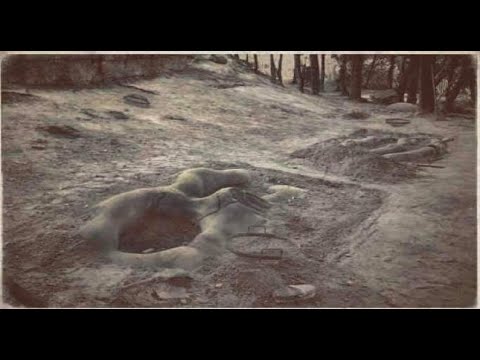 Exceptional skeletal remains emerged from the ground and a fraction of stone slab with traces of rock painting that revealed an unknown symbolic form to which von Koenigswald, a careful reader of Joyce, gave the name of Chaosmos.
Video source: https://youtu.be/vVcOPfEW_xI 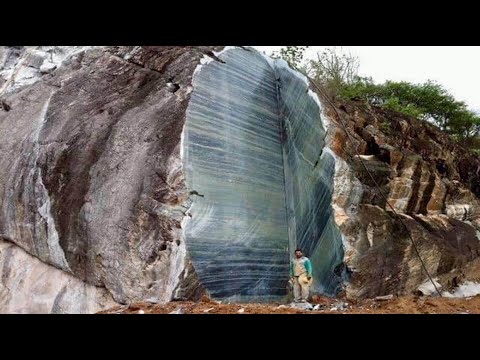 #history #ancientaliens
Is there a possibility that some ancient technologies were more advanced than what we have currently?