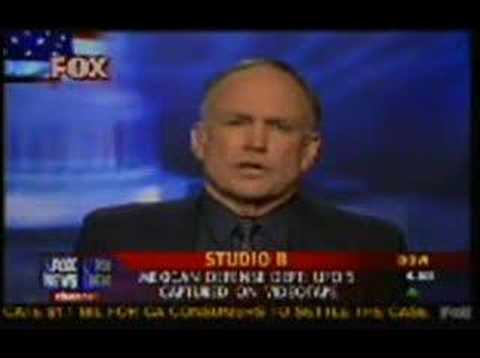 A videotape made widely available to the news media on Tuesday shows the bright objects, some sharp points of light and others like large headlights, moving rapidly in what appears to be a late-evening sky.

The lights were filmed on March 5 by pilots using infrared equipment. They appeared to be flying at an altitude of about 3,500 meters (11,480 feet), and allegedly surrounded the Air Force jet as it conducted routine anti-drug trafficking vigilance in Campeche. Only three of the objects showed up on the plane’s radar.

‘Was I afraid? Yes. A little afraid because we were facing something that had never happened before,’ said radar operator Lt. German Marin in a taped interview made public Tuesday.

‘I couldn’t say what it was … but I think they’re completely real,’ added Lt. Mario Adrian Vazquez, the infrared equipment operator. Vazquez insisted that there was no way to alter the recorded images.

The plane’s captain, Maj. Magdaleno Castanon, said the military jets chased the lights ‘and I believe they could feel we were pursuing them.’

When the jets stopped following the objects, they disappeared, he said.

A Defense Department spokesman confirmed Tuesday that the videotape was filmed by members of the Mexican Air Force. The spokesman declined to comment further and spoke on customary condition of anonymity.

The video was first aired on national television Monday night then again at a news conference Tuesday by Jaime Maussan, a Mexican investigator who has dedicated the past 10 years to studying UFOs.

‘This is historic news,’ Maussan told reporters. ‘Hundreds of videos (of UFOs) exist, but none had the backing of the armed forces of any country. … The armed forces don’t perpetuate frauds.’

More ‘UFO news’ on CNN, FOX News and ‘Out of the Blue – The Movie’: — http://www.youtube.com/christiangeo