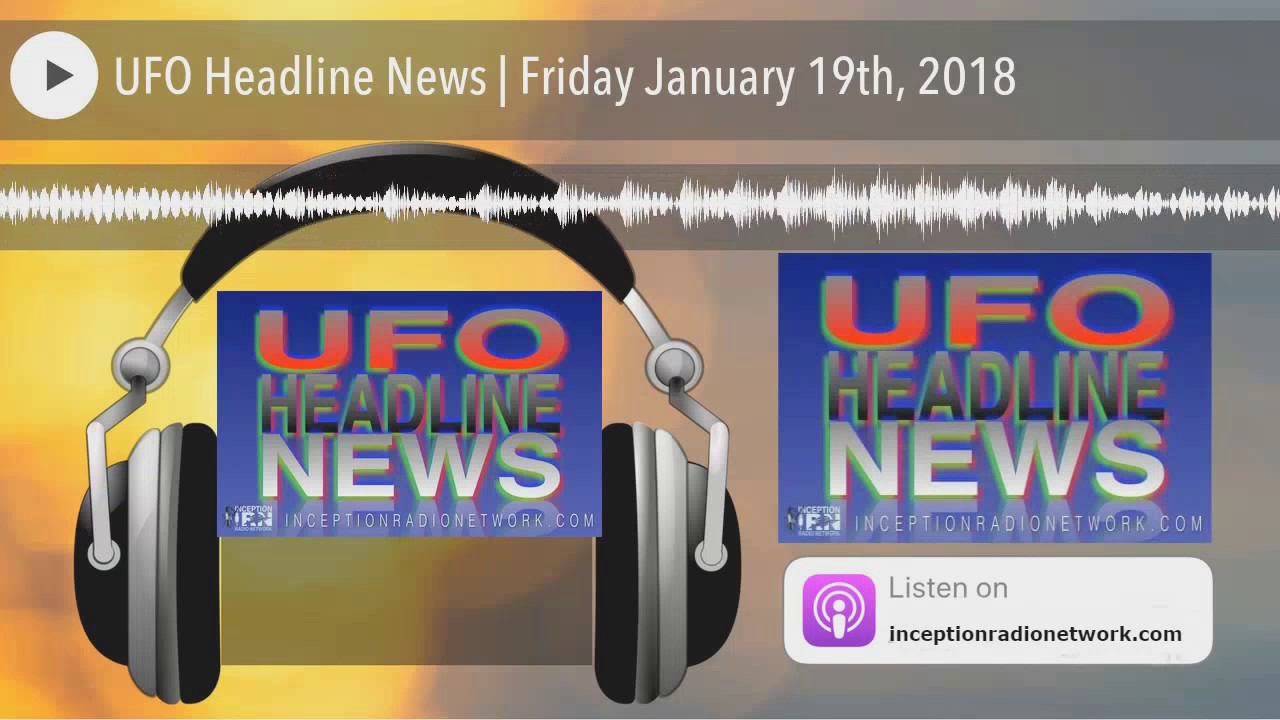 Get the rest of the links here:
https://inceptionradionetwork.com/ufo-headline-news-friday-01-19-18/

Here is the UFO Headline News for Friday January 19th, 2018

Synopsis: I was out shooting images with my kids on the side of my house, just randomly shooting the moon and clouds. i captured the days images using a canon sx60hs which has zoom capabilities allowing you to zoom in on the moons craters. i did not notice the object while shooting, in this particular moment i was using 3 shot burst and just trying to get the circumference of the moon. it was only when i was going thru the days images, i noticed what seemed to be a mark on my monitor screen. after trying to remove it the old fashioned way by licking my finger and scrubbing it off i realized it was in the image and i blew it up only to notice an object in view of the moon. the object seems to resemble a hat shape, likely metallic, and what i would call a disc with an elevated dome of sorts. it does not look to have many attachments at all. i was immediately shocked by what i had captured, however, with my kids there i asked them “what do you think this is?” they all respectively said they thought it was a “ufo” or “spacecraft”. i am unaware whether it could be military, dimensional, other-worldly… my only certainty is that i have never witnessed anything like it. unfortunately, this was a still image, however, there was no object in the two subsequent images, meaning it was either faster than the shutter speed on 3 burst, or it was there and gone, disappearance.. not sure. i was utterly afraid to report this object, i did not want to be subject to ridicule, i did post it on my fb page and shared it with some friends and family, who have all encouraged me to report the sighting and get my story out there. my children who were reviewing the images with me all witnessed the finding. there were 5 of us in total, the kids aged 8 to 12 and myself. so with that said here is my sighting, i appreciate any feedback as to what it is i witnessed that day

Synopsis: I was inside the house and heard loud aircraft. went outside and saw 3 of the 4 ospreys (rotors in helicopter position) that flew over from north to south. about 15 minutes later i heard them coming back from south to north. three passed over the house, the fourth made a fairly quick bank and turn around and head south. i had my son come with me and jumped in the car to see where it was going. by the time we got in the car and went over the hill the osprey was coming back north a couple hundred yards in front of us at about 400-500 ft altitude we saw a tiny bright white light in front of the osprey, as it passed over us there were two lights and one darted wast at a 90 degree angle and went out of sight, the other went east a second or so after the first one and the 2nd one darted east and the osprey went in that direction over the ridge and out of sight. the ospreys fly over this area all the time but it is very rare they do after dark. i figured this was something they (army) have or use but the speed and physics were pretty fast compared to today’s drones, especially in 2015

Synopsis: It was the 2018 new year and my neighbor and i were out in the backyard enjoying a fire when i noticed a couple of these orange objects in the sky.I had not been drinking for the record! i first noticed that they were not blinking like aviation lights. we live in the city and are constantly having air traffic in our area, yet there seemed to be a lack of it in this time frame. they looked like orange-red candle flames traveling from the north to the south. they kept coming one after another. it l