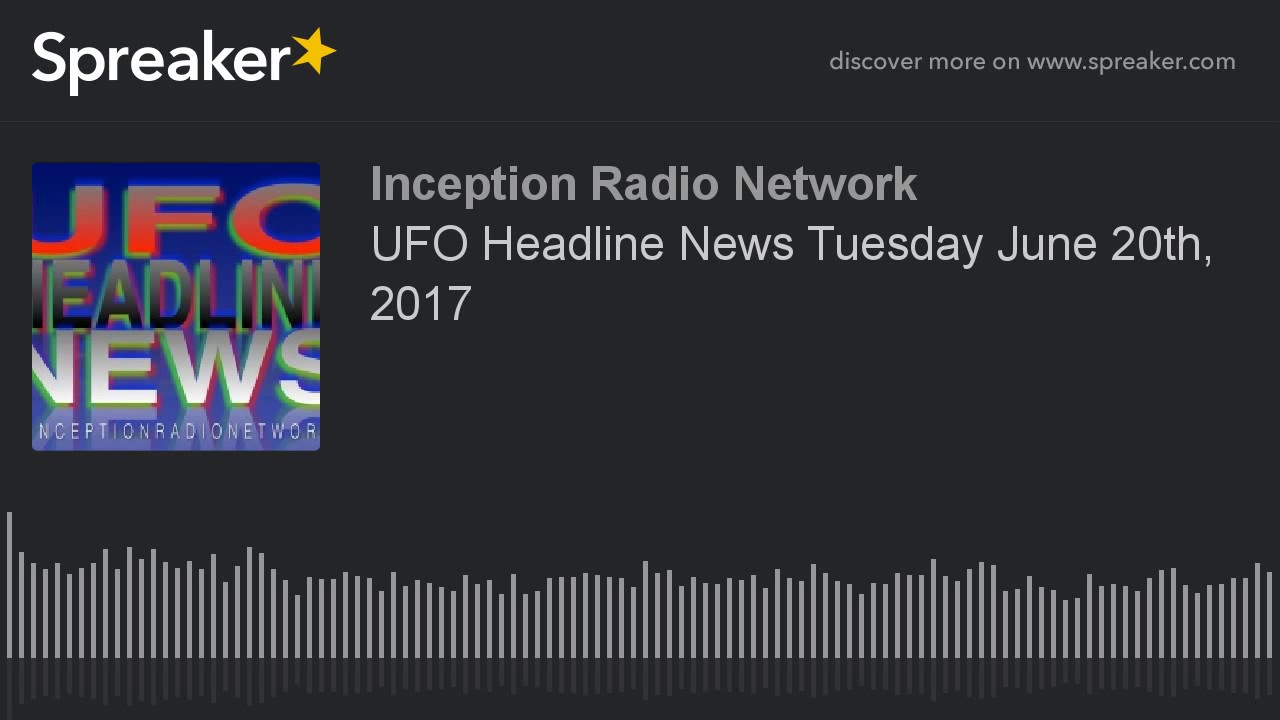 Get the rest of the links here:
https://inceptionradionetwork.com/ufo-headline-news-06-20-17/

Here is the UFO Headline News for Tuesday June 20th, 2017

Synopsis:It’s summer solstice time for us in the Northern Hemisphere. This solstice occurs at the instant the sun reaches its most northerly point on the celestial sphere, the imaginary sphere of stars surrounding Earth. In 2017, the June solstice happens at 4:24 UTC; translate to your time zone. Many – perhaps you – will celebrate this solstice sunrise, or next year’s solstice sunrise, at Stonehenge. Why? Stonehenge was built in three phases between 3,000 B.C. and 1,600 B.C. and its purpose remains under study. However, it’s known that if you stand in just the right place inside the Stonehenge monument on the day of the northern summer solstice, facing north-east through the entrance towards a rough hewn stone outside the circle – known as the Heel Stone – you will see the sun rise above the Heel Stone.

Synopsis: UPDATE (3:30 p.m., June 20): Artificial Cloud Rocket Moved to June 24–The launch of the NASA Terrier-Improved Malemute sounding rocket scheduled for Tuesday, June 20, has been postponed because the weather is not expected to be conducive for launch. The launch has been rescheduled for Saturday, June 24, with a launch window between 9:07 and 9:22 p.m. The multi-canister ampoule ejection system being tested on this mission will allow scientists to gather information over a much larger area than previously able during a sounding rocket mission to study the ionosphere or aurora. Canisters will deploy during the rocket’s ascent and they will release blue-green and red vapor to form artificial clouds between 4 and 5.5 minutes after launch. These clouds, or vapor tracers, allow scientists on the ground or by aircraft to visually track particle motions in space. The clouds may be visible along the mid-Atlantic coastline from New York to North Carolina.

Synopsis: It was approximately 23:15 on a warm summer evening, it was a cloudless sky and three adults were sitting in the garden enjoying the evening–Jupiter could be seen in the night sky towards the southwest and as we looked in that direction we noticed a bright light moving at high speed from west to east; it was impossible to gauge the altitude or size of the light but no sound could be heard nor did we see any form of navigation lights and we are used to seeing planes flying overhead, both at high and low altitude, as we’re on a major flight route to and from Manchester Airport some 60 miles to the south of us.

Synopsis: My condo is on 28th floor on the shore of the St. Lawrence River on an island called Nun’s Island; I have a large balcony, facing south and my passion is to photograph sunrise and moonrise so on the night of May 15th, 2017, I saw that the moon was rising,