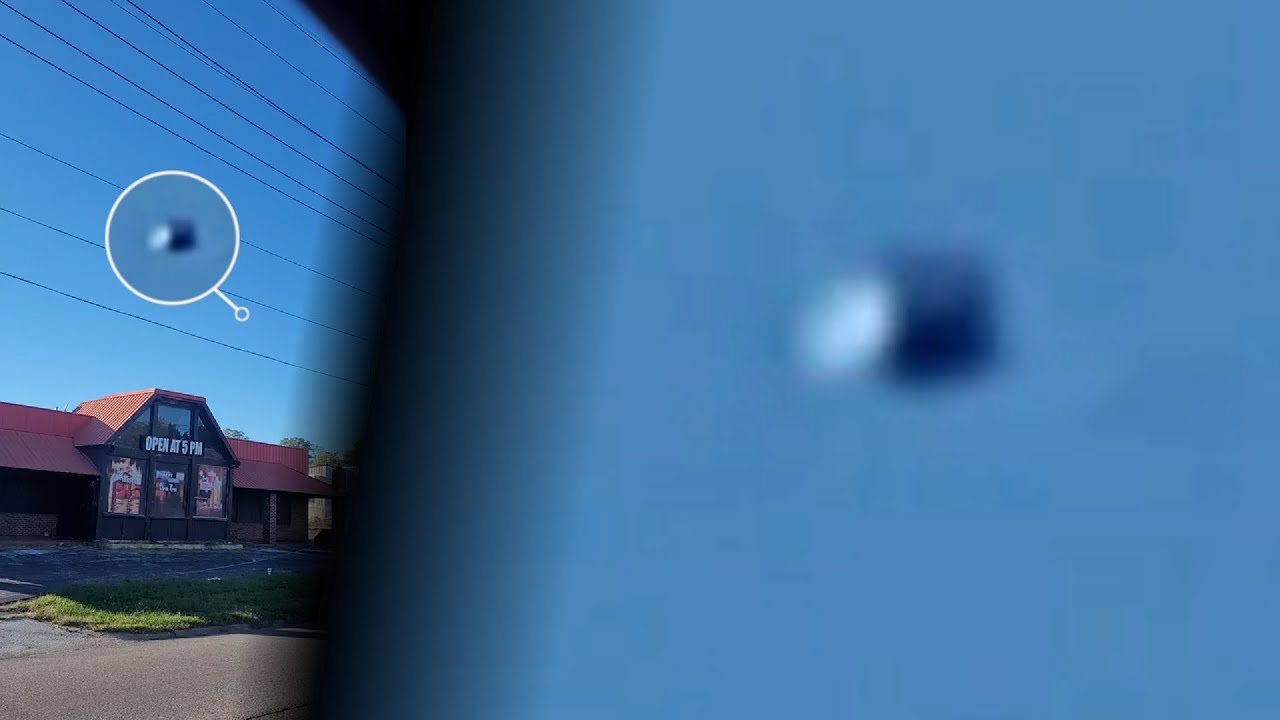 A METALLIC cube-shaped UFO flies against the wind in mind-blowing new footage which is now haunting the man who recorded it.
Justin Johnson, 30, spotted the mysterious presence in the skies above Springfield, in the US state of Missouri, while driving home from work.
He said: “I was driving northbound after I got off work and I noticed a very shiny object flying through the sky kinda heading in my direction.
“When I first spotted it, I thought it was one of our local hospital helicopters because it’s not that unusual to see them.
“As I got closer, it kinda started to look like trash blowing through the air.
“Once I got to my closest point with the object I could tell this was not trash – it looked like a solid metal cube that was rotating in multiple directions.”
In Justin’s footage, the object can be seen glimmering overhead in broad daylight, seemingly spinning as it hangs in the air.
“It’s got lights around it – in the middle of the day,” Justin can be heard to say, mystified.
When the electrician started looking for answers, the mystery only deepened.
“This thing has haunted me after witnessing it,” he said.
“According to records, the object was flying against the wind that day so I don’t believe it was a balloon.
“Plus the local FAA (Federal Aviation Administration) said they showed nothing in that area during that time.
“I’ve never seen a drone like that and couldn’t understand how it would stay in the air with that much flipping.”
He added: “I really couldn’t tell you what it was, but it’s nothing publicly known about.
“If I had to put money on a guess, it would be otherworldly origins or secret government tech.”
Sharing his video online revealed a slew of similar encounters.
“This is consistent with an object I saw last week in Los Angeles,” wrote one viewer.
Another in New England said: “My husband saw something like this late September.”
“Filmed this exact thing twice now,” added a third person, from Texas.
Some were adamant it had to be a balloon; others were simply amazed.
“I don’t know if this is real or not but if it is, this is crazy,” one person commented.
Another wrote: “I’m always skeptical but that looks awfully real.”
One more comment stated: “This isn’t fake. This looks like a real UFO.”
According to Mr Johnson, the object continued to fly for three minutes in a v-shaped arc over the city, pausing over downtown where it was captured on video.
Justin has no doubt that alien life is out there.
He said: “Personally I believe that with the size of the universe and the amount of evidence I have seen online and through other media that there is no way we are alone in the cosmos.
“I also wouldn’t doubt that they have been here or are currently here.”

View all posts by Pen News →

36 Comments on “UFO leaves witness haunted: 'There is no way we are alone'”