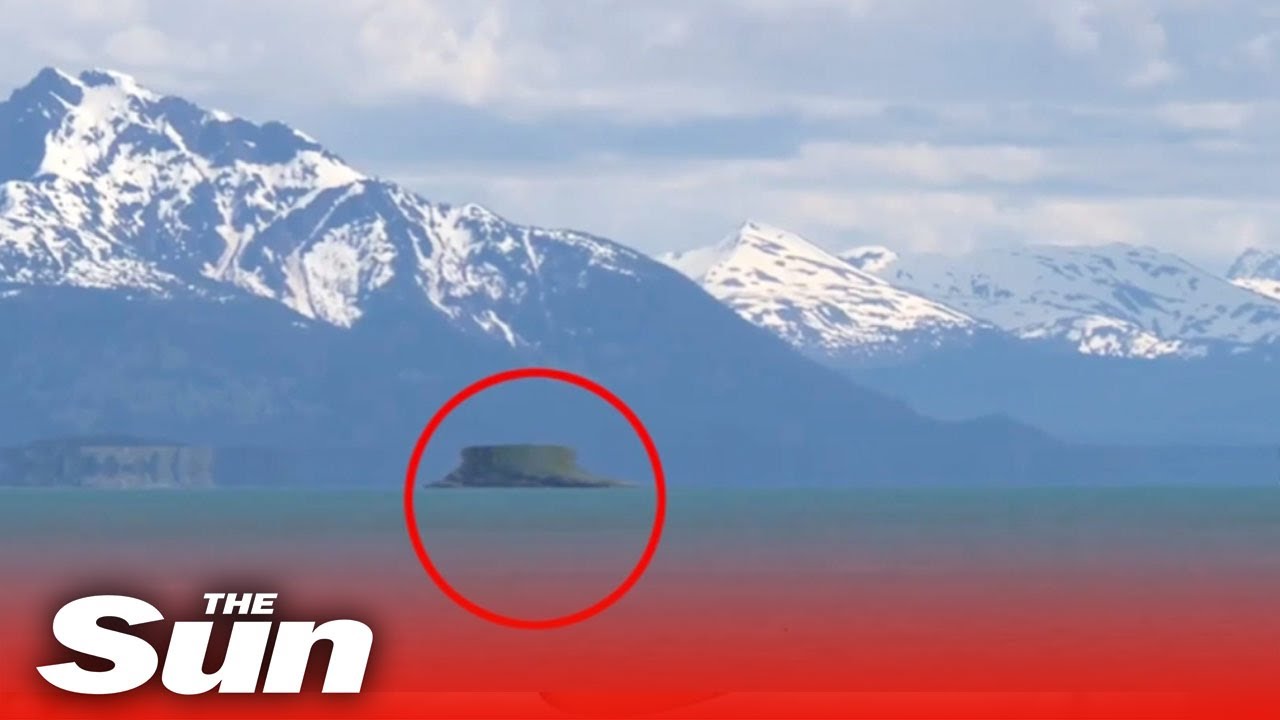 A ‘UFO mirage’ has been caught on camera hovering over water in a national park in Alaska.

The strange dome-shaped object in the video is actually your brain being tricked into seeing a distorted version of an island.

The footage was captured at the Glacier Bay National Park and Reserve.

The park posted the video to its Facebook page and explained that the mirage is called a “Fata Morgana”.

A Fata Morgana is a mirage that appears just above the horizon and can significantly distort an object that’s already there.

Glacier Bay National Park and Reserve explained on Facebook: “Fata Morgana is a mirage seen within a narrow band on Earth’s horizon.

“Islands in glacier bay turn to UFOs or the flying Dutchman with a little imagination and a pinch of cool science!

“When air of different densities meet, the air in Earth’s atmosphere acts as a refracting lens, creating the mirage effect we see.

“Cool, calm air often forms at the water’s surface- then, if warm dense air pushes down on the cool air at the surface, a lens is created.”

The strange footage was captured back in June but wasn’t revealed until now.

The Fata Morgana mirage appeared on a warm sunny day but isn’t said to be exclusive to summer months.

This type of mirage can be seen on land or at sea and may involve almost any type of distant object like a boat or a coastline.