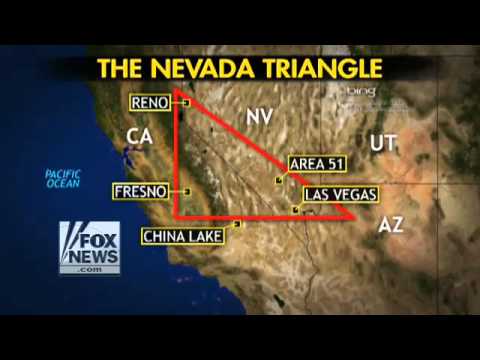 http://www.ufoweeklynews.com/ kingufokid
FRESNO, Calif. — On July 8, 1947, a crash in Roswell, N.M. described by local papers as a “flying saucer” lit a fire in America: UFO fever. And today, just over 65 years later, some Central Californians believe the region remains a UFO hotspot, the bottom leg of a “UFO triangle” as mysterious as Bermuda’s.

Jeffrey Gonzalez is one of such, the founder of Sanger Paranormal Society and a UFO chaser for the past four years. He even runs a 24-hour UFO hotline: people call and he investigates claims of UFO sightings.

“No, I’m not crazy. It’s an obsession, it’s a hobby,” Gonzalez told FoxNews.com.

He works as a phone company technician during the day and solves mysteries of the unknown during his time off. He says his background in electronics helps him use the tools to investigate the paranormal.

“I go out to the location to where these events happen, I’ll talk to the witnesses I will take reference points and I will make sure it’s real,” he said.

Gonzalez drives a research vehicle or “Paranormal Ambulance” equipped with the requisite gear necessary to investigate UFOs: a Geiger counter, an EMF scanner, infrared cameras, and of course, a Sony HandyCam camcorder with night vision.

“If a witness reports a sighting more than one time or says something crashed then we’ll go out and stake out the area in case the craft comes back. Because if it does come back then we’ll be ready,” he told FoxNews.com.

The Geiger counter tests for radiation and the electromagnetic frequency (EMF) reader monitors different types of energy. Infrared cameras are very helpful during stakeouts, he said; they can see up to 300 feet in pure darkness.

“I have witnesses calling me — law enforcement, doctors, lawyers, and military personnel that have pictures that they have captured over Fresno,” Gonzalez said.

Fresno lies at the bottom of the “Nevada Triangle” a region that includes Area-51 and China Lake. Gonzalez says this area is similar to the Bermuda Triangle where many planes have disappeared without a trace over the last 50 years.

“There’s a lot of military presence and there could possible be a lot of top secret military craft flying over our skies,” Gonzalez said.

According to the non-profit National UFO Reporting Center there are roughly 5,000 UFO sightings reported each year. Gonzalez has people throughout the city of Fresno who serve as sky watchers. These people sit outside for hours watching the sky for anything out of the ordinary.

Sky watcher Robert Thorson saw his first UFO 25 years ago, and today he loves watching for UFOs from his roof where he captures video on his camera.

Are you a believer, or still just a skeptic? Start being more observant and perhaps you might see something unusual, they explained.

“It’s turned out to be more than a hobby now it’s a passion of mine to find out what are these things flying over Fresno. Are they military or are they something else? And I think I’m getting pretty darn close,” Gonzalez said.