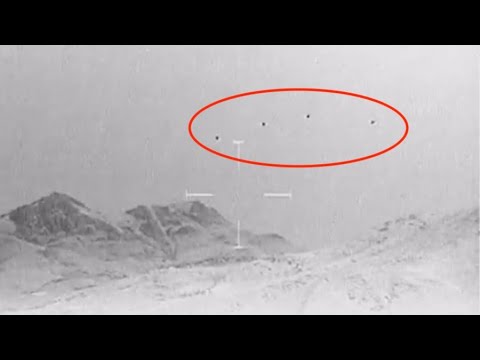 Fight against censorship and by joining our new video platform, https://Funker530.com/latest, for daily uncensored combat footage and military news. Be one of the first to create an account and be a part of the a massive new chapter for the Funker community! Subscribe to categories, start conversations, and keep a list of your liked videos in your profile. Many more features are being actively developed for the site, which will give our community independence and the ability to upload your own content.
———-

We received a video submission from a vet that claims to have filmed a US fighter jet in an air battle against UFOs over a forward operating base (FOB) in Afghanistan.

The original video was over 10 minutes long so we cut it down to the more interesting parts. Although the footage does have a Phoenix Lights vibe to it, we believe that the majority of the video shows countermeasure or target flares being dropped by an aircraft. The video ends with another object in view, which appears to be some sort of aerostat blimp, common over many bases.

One certain point of interest in the video is at the 01:04 mark, in which some sort of missile or aircraft strikes two of the flares in close succession. It is possible that the flares were being used as targets for an aerial gunnery range.

I have had multiple of my own “UFO” experiences in war zones that were seemingly more inexplicable than what is seen in this video. Do you guys feel their is legitimate UFO activity shown in this video, or was the submitter trying to pull one over on this? I’d also be interested to hear your military related UFO encounters.