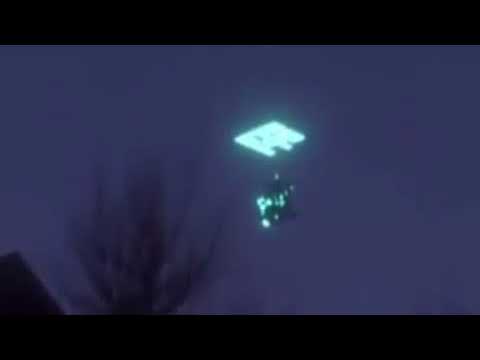 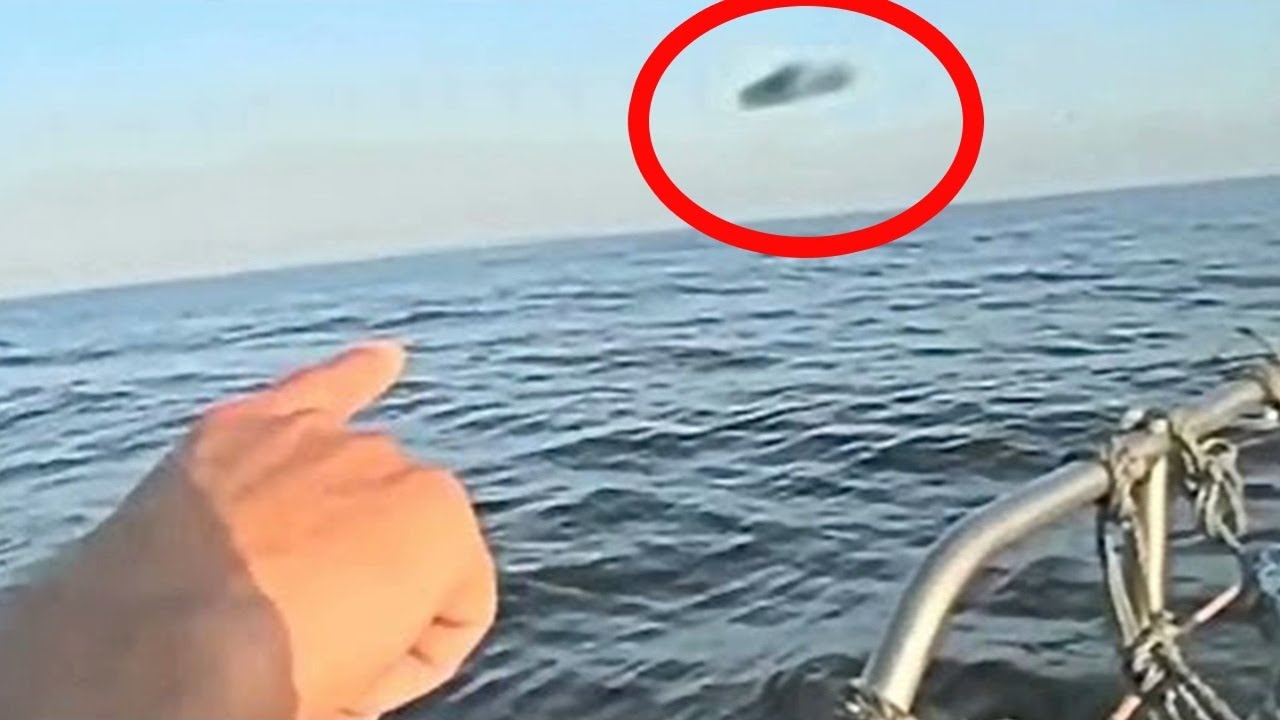 What else would explain these strange and scary sightings other than ufos captured on tape flying around and shocking everyone!

10 – Is it a bird? Is it a plane?
No, it would appear to be a legit UFO. The photo was taken with a digital camera at Tintagel in Cornwall, in the UK. It’s been suggested that it’s just an insect flying across the camera lenses… little does this innocent insect realize the confusion he has caused!

9 – History has a habit of repeating itself…
Flying saucers were spotted as long ago as 1504 BC, documented on Egyptian Papyrus… It’s been suggested that the pyramids were built by aliens, that the pharaohs were not human and that humans don’t actually come from earth! Whatever your beliefs, it can’t be disputed that Egypt was once again the topic of conversation and debate when the BBC took a video of a UFO flying over the pyramids in Giza…

8 – Miracle of the Sun…
Not officially recognized as a UFO sighting due to cultural differences, but thousands of people were witness to the event known as Miracle of the Sun. It’s been said that the sun gyrated and descended near Fatima in Portugal. 3 children predicted that the Virgin Mary would appear, but that didn’t happen – instead according to witnesses, the sun was duller, the previously rain soaked ground and clothing dried immediately, the sun danced about… because most people were super religious, it was described as a religious phenomenon- but it’s also been recorded as the largest UFO event in history.

7 – Not the Mexican Wave…
But the Belgian Wave… and it also involved a number of people – 2600 to be exact! 2600 people filled out official statements about what they saw, and around 13 500 people witnessed the event. The general description from the majority of witnesses was 3 odd lights, that changed colours and were brighter then stars. The witnesses state that it was moving exceptionally fast, and would have killed any ordinary pilot. Critics have put it down to mass delusion – but I really don’t see how that amount of people could be wrong about an event.

6 – One of the greatest!
This UFO siting is still cited as one of the best, and it’s a shame that there is no real evidence but there are several accounts. April 6th 1966, a school in Melbourne, Australia. Around 200 witnesses saw a large silver saucer shaped object, roughly the size of a couple of cars, land in a field near the school.
The police came on to the scene, and made the principle lie to the students by telling them it was a manmade object, the only camera that took pictures was forcibly removed and people were threatened with their jobs if they spoke of the incident.
Sounds like a massive cover up to me!

5 – Plain Proof
That’s what this is… taken from the Yeni Kent compound in Istanbul, witnessed by many and captured on film… there is no disputing the incredible images and footage you can see. According to an article online, the Sirius UFO Space Science Research Centre did detailed analysis of all the footage, and they say it’s 100% genuine. Convinced yet?

4- Children’s tall tales or the truth?
Not too long ago, 1994 – 62 children in a school in Zimbabwe ranging from ages 5-12 years old, were playing on the playground. They noticed a round, silver saucer-shaped object in the sky, which moved quickly to another part of the sky and then back again. One was even said to land, and 2 small aliens emerge with thin necks and huge eyes. Many of the children hadn’t even heard about UFOs before, and they didn’t have easy access to tv’s. It was deemed by many to be the truth.

3 – Too many unanswered questions here…
This image doesn’t fill me with loads of trust. They say it was taken in Montana in the year 1977. It’s not a regular thing for a farmer in 1977 to take a camera out into a random field, and he just happened to then come across a UFO hovering over his field? I don’t think so.

2 – Something more authentic
This is known as one of the most well known UFO images ever taken. Paul Trent took the photograph which was also witnessed by his wife. It was taken on the 8th of May 1950. This image has been deemed authentic for more than 50-years!

1 – No answers here…
The December of 1965 saw a fiery red ball shoot across the sky and crash into woods nearby. Residents of Kecksburg in Pennsylvania ran to see what was happening, but the military were there first and already roping off the area. All they know was something huge was taken away and no answers have ever been given. All the witnesses’ report the exact same sighting. Seems like a big cover up took place here!